See what happens when the Idaho Travel Council invites one over-worked, over-booked, desperately-in-need-of-a-vacation family to explore Idaho on this 10-day adventure.

The Great Idaho Getaway is the real story of the Lumpkin Family and the family vacation of a lifetime.

Visit www.greatidahogetaway.org to see the digital trailer; return on February 9th to view the entire Great Idaho Getaway; then learn how you can get away yourself.

The Great Idaho Getaway is yet another example of how the Idaho Division of Tourism is using tourism funds to promote travel opportunities throughout the state in creative and digitally innovative ways.

For more information on Idaho and all of the state's Adventure's in Living, visit www.visitidaho.org. Follow the Twitter accounts www.twitter.com/visitidaho and www.twitter.com/adventureidaho for everyday updates on Idaho's ultimate adventures and events, and for great sweepstakes too!

It's that time of year again! The new Sun Valley Getaway Guide is available and things are looking better than ever. With information on everything from the slopes of Sun Valley to the small town charm of Ketchum this guide is your one stop resource for all things that are related to and Ketchum.
This years getaway guide is your all access pass to the area covering the best places to hit the mountain, the most luxurious lodgings, and the finest establishments to wine and dine during your stay. Sun Valley and Ketchum is an exciting area for anyone who loves the outdoors. With an abundance of locales to ski or snowboard during the winter and numerous trails to hike and bike during the warmer months, everyone will find something to do that they are passionate about. The 2010 Getaway Guide even features a "Sun Valley Bucket List" that features "A sampling of memorable and iconic experiences to check off your list!" Here in we take our outdoor activities seriously, and we hope that you will take advantage of this great resource so you can too!

To request a copy of the 2010 Sun Valley Getaway Guide, or to download a digital copy, please visit Sun Valley's website at www.visitsunvalley.com. 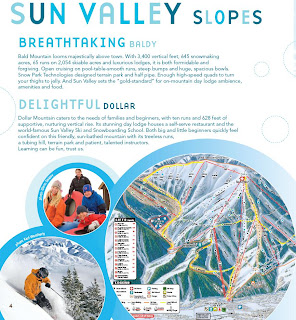 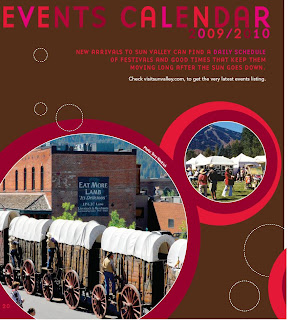 Talking Shop: The United Dairymen of Idaho and CBH Homes

There has been a lot of work going on at Drake Cooper lately, and I wanted to share some of our most recent work.

First, here are two of the six new commercials that have been produced for the United Dairymen of Idaho. These spots all focus on milk and the benefits its nutrition package provides. The production was handled by North By Northwest here in Boise, Idaho. All the talent in the spots are local children from Boise and surrounding areas in Idaho. You can find these videos and more on the Drake Cooper YouTube channel, which can be found here.

For the latest dairy news in Idaho, visit the United Dairymen of Idaho website here.

The next piece of work is for CBH Homes. CBH is offering up to $13,000 in savings - the $8,000 first time home buyer tax credit extension and up to $5,000 towards their design studio or your closing costs! This offer is available through December 31. Be sure to visit CBH's web site here for more information.

Thanks everyone for checking this out. Be sure to check back, more to come soon.

Sean Winnett
Posted by Sean W. at 1:41 PM No comments: 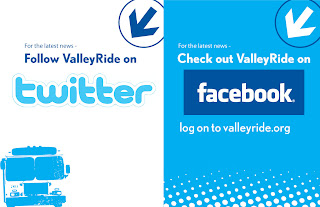 For more information, see www.valleyride.org or connect with ValleyRide on twitter and Facebook.
Posted by Steve Stuebner at 2:59 PM No comments:

September is officially Idaho Preferred® Month 2009, when the Idaho Department of Agriculture and local communities will to celebrate Idaho farmers, ranchers and specialty food producers.

To kick off Idaho Preferred® Month, the Idaho Dept. of Agriculture’s Idaho Preferred® program, Sysco of Idaho, and Thunder Mountain Line teamed up to give locals and tourists a chance to become locavores for a day. More than 300 people jumped on board the “Locavore Express” in Horseshoe Bend to sip Idaho wine and enjoy locally prepared hors d’oeuvres while rolling alongside the scenic Payette River on their way to an all-Idaho gourmet feast in Banks. Much to the delight of local growers and producers, the event was a quick sell out and smash hit. 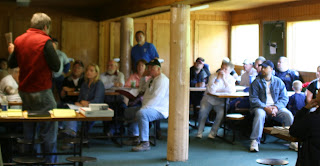 We had a good turnout of 50-plus people for the ATV Trail Ethics Education Event on June 13 at Kelly Canyon Ski Area. Resort officials were nice enough to open the lodge for our morning program since it's been so rainy and wet lately.
The purpose of the trail ethics event was to give ATV and UTV riders a number of tips and reminders about federal and state rules and regulations for a safe and responsible summer riding season.

Topic #1 What kind of UTVs are legal on ATV trails? 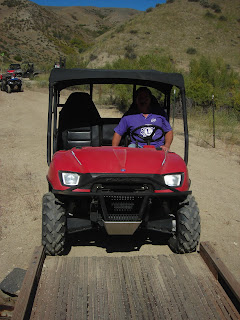 There’s been a big growth in the sales of Utility Terrain Vehicles (UTVs) in Idaho, but at the present time, only one UTV, the Polaris Razor, is legal on ATV trails (in southern Idaho). The Forest Service manages to a 50-inch standard on ATV trails in E. Idaho.
o Don’t try to ride a trail machine that’s wider than 50 inches on ATV trails … you probably won’t get past the barrier at the trailhead, for one thing. In addition, it’s not safe because the trails were built only 50 inches wide, and you would likely roll your machine on steep, narrow spots.
o The BLM manages to a 48-inch standard on trails in the Pocatello area, so even a 50-inch machine is not safe for those trails.
o The width of trail machines should be measured from the outside edge of the tires on the left and right sides. If you modify your machine and add bigger tires, it won’t fit on ATV trails.
o Anyone who violates the 50-inch standard is subject to a $180 fine, according to the Forest Service.
o If you’ve got a larger UTV, look for jeep trails and logging trails to ride.
o In northern Idaho, the Forest Service does not allow UTVs on ATV trails, according to forest officials who contacted us this week.
Topic #2 Use your power responsibly
Be a good trail ambassador and lead by example when you’re trail riding with friends. Stay on the trail. Cross-country riding off-trail is illegal.
o Please refrain from high-marking on steep mountainsides. If you want try to test the steep hill-climbing power of your ATV, go to the St. Anthony Sand Dunes, where you can let it rip in the sand without causing environmental damage.
o Don’t turn singletrack into three-track … Singletrack motorized trails are reserved for motorcycle use as well as other multiple uses such as horseback riding, mountain biking and hiking.
o Practice good trail etiquette when encountering other users on the trail. Pull off the trail, shut off your engine and let people pass.
o Stay off muddy trails … know when to turn around and wait for a sunny day if the trails are too muddy to ride.
o Know where to ride. Check the maps online on the Caribou-Targhee National Forest to get tips on what trails are open to ATV/UTV use. The Palisades District has several user-friendly maps online. If you’ve got questions, call the forest to learn more or pick up maps at the Eastern Idaho Public Lands Visitors Center in Idaho Falls. Call 208-523-1012.
o The Idaho OHV web site will have a new where-to-ride section with 25 rides in the coming weeks. Info at http://www.idaho-ohv.org/

Topic #3 OHV Stickers and License Plates
Make sure your trail machine has an OHV sticker if you’re riding on forest or BLM trails, and if you’re riding on public roads or county roads, you should have a license plate as well. These items can be purchased at your local DMV office where you buy license plates for your car.
If you ride on county roads, you also should have a driver's license and proof of insurance.
Topic #4 Ride safe
Be safe out there and ride with a helmet, boots, gloves and proper safety equipment. If you’re interested in taking a safety class in eastern Idaho, contact Patrick Carlson at Idaho Parks & Rec. He teaches lots of local classes. It's a good activity for scout groups.
You can reach Patrick at 208-520-5387 or email him at patrick.carlson@idpr.idaho.gov.
For more information, contact http://www.idaho-ohv.org/ or Steve Stuebner, campaign coordinator, 208-472-5680. 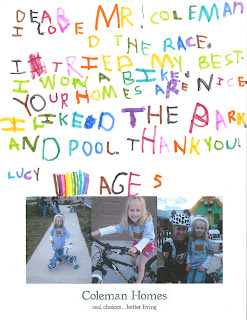 About 75-100 kids and families turned out for the Bike & Trike event at Coleman Homes' new West Highlands development in Middleton on Saturday, April 11.
Criterium bike racers provided a lot of great entertainment in the morning as they raced in a Miss&Out format, meaning that after three laps, the last rider across the finish line on each lap was out of the race. The half-mile course on brand new pavement at West Highlands was a great venue because you could watch the racers come flying around the corners and three-quarters of the course was visible at once. 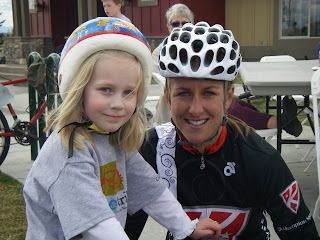 Three age categories of kids raced with Olympic Gold Medalist Kristin Armstrong in the afternoon. A Boise girl won a free mountain bike from George's Cycles, and she was positively thrilled. Many people had a chance to get Kristin's autograph and photo in a low-key setting. All of the race participants received a free T-shirt and water bottle.
Drake Cooper organized the event for Coleman Homes as part of the company's Grand Opening at West Highlands this spring. Home prices start in the $165,000 range. It's a great time to buy with interest rates below 5 percent, great prices and federal tax incentives -- it's a buyer's market for sure.
- SS